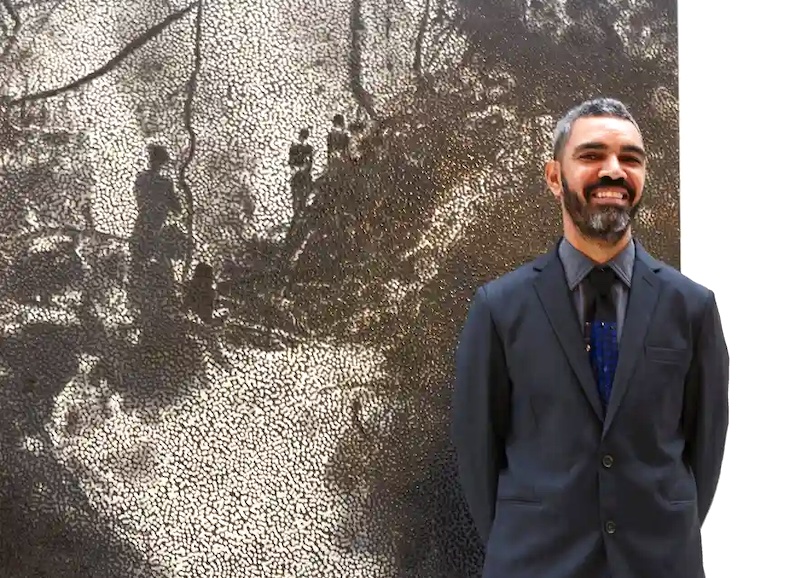 Born in Cairns, Daniel Ngarragoonda Boyd (above) draws on both his Aboriginal and South Sea Islander heritage, to reinterpret Eurocentric perspectives of Australian history, often appropriating images that have played significant roles in the formation and dissemination of that history.

Boyd has produced portraits of such Heroes of Empire as Captain Cook, Governor Phillip and King George III, accessorising them with pirate eye patches, parrots and necklaces of skulls. 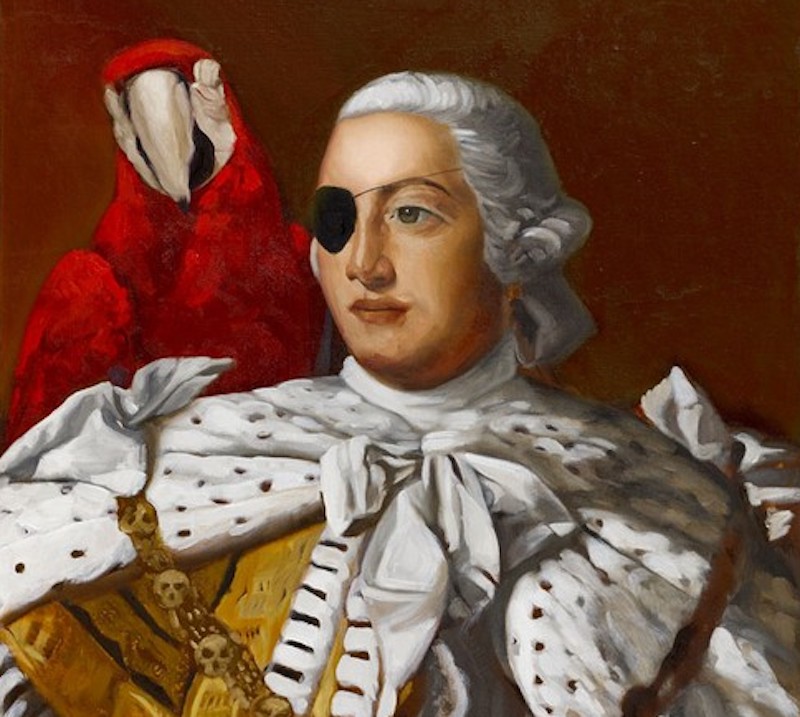 "Questioning the romantic notions that surround the birth of Australia is primarily what influenced me to create this body of work," he says. "With our history being dominated by Eurocentric views, it is very important that Aboriginal and Torres Strait Islander people continue to create dialogue from their own perspective to challenge the subjective history that has been created." 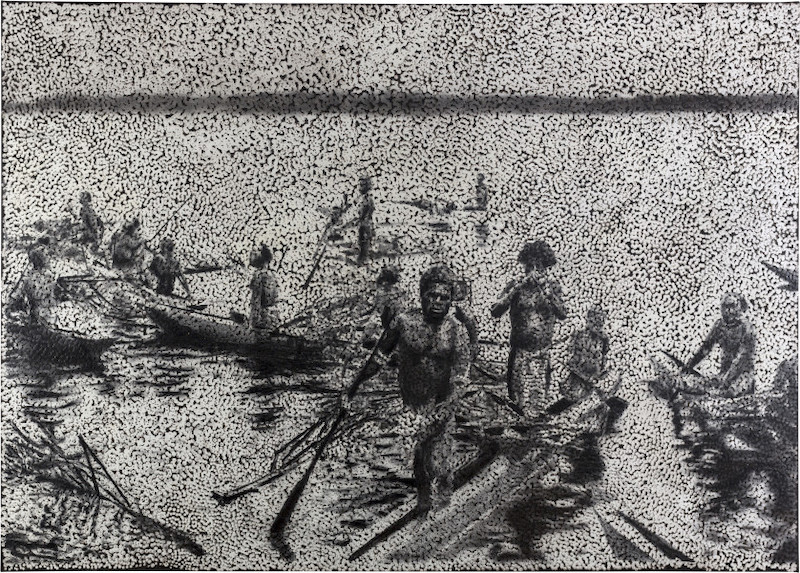 This episode of Monday Profile goes to air at 8.30am on Monday October 25