On the sound console 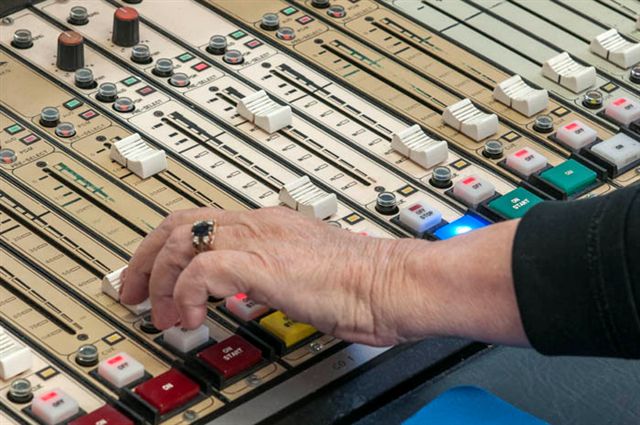 There are three broadcast studios and a post production studio in the 2RPH complex at the St Helens Centre in Glebe. Each of the broadcast studios is capable of being switched to provide discrete air program to Sydney and Newcastle.

We have telephone interview facilities and an audio dump/delay system which allows telephone conversations to be broadcast live. When they are not being used to generate air program the studios are used for the recording of books, magazines, promos and guides.

Though our broadcasts are currently mono the broadcast studios are configured for stereo program production when required.

How the station operates

2RPH has the use of two 5,000‐watt (5kW) AM transmitters (1224kHz) sited at Prospect, in the foothills of the Blue Mountains that covers the Greater Sydney area with reduced reception in the Eastern Suburbs (by design).

During 2009 2RPH commissioned a 1,000‐watt (1kW) FM transmitter (100.5MHz) located at the top of a tower block in Kings Cross that provides enhanced coverage to the Eastern Suburbs, Northern Beaches and Southern Suburbs. And also a 4,000‐watt (4kW) FM transmitter (100.5MHz) sited at the Mt Sugarloaf transmission facility that covers the Newcastle and Lower Hunter Region.

The station has also been granted a licence to transmit from Brokers Nose overlooking Wollongong, when commissioned, this transmission site will allow us to provide 2RPH program to Wollongong and the Illawarra. The analogue transmitters and most associated peripheral equipment is maintained by our contractors Broadcast Australia.

2RPH began broadcasting digitally on 2RPH digital about a year ago, in addition to this we also now stream our entire program live on our website.

Reading of newspapers is done live (to pre‐record newspapers would only delay the broadcast of the major news stories of the day). That's why you may hear an occasional stumble in the newspaper reading session.

A reading session of the daily newspapers begins, for the volunteers, about 60 minutes before it goes on the air. 2RPH volunteers arrive at the studios and settle down in the preparation area to go through the newspapers for their session, sorting out the articles into various headings (Front Page, Local News, World. Sport, Editorials, etc.) cutting them out of the paper and placing them into appropriate folders. These folders go with them into the studio and are opened as the announcer advises the segment that's about to be read.

Cutting the articles from the pages ensures that the amount of paper rustling is reduced to the barest minimum, and allows quick and easy access to the next item.

While a digital record of all programs is kept as required by law, we also retain the actual cuttings for a period of time as these are sometimes quicker to check through when necessary.

Meanwhile, there are panel operators/producers working with other reader volunteers in the other studios recording books, magazines or other programs.

More than 30 programs produced at the Glebe studios weekly and are edited and digitally distributed to affiliate RPH stations around the country making 2RPH the highest volume producer of RPH material. 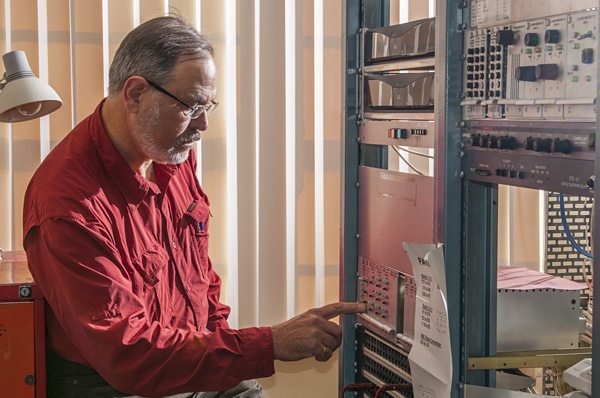 The 2RPH Master Control Room is the 'nerve centre'. Everything comes together there. All incoming and outgoing audio sources are fed to an array of program switches, limiters and distribution amplifiers through several km of cabling. A satellite dish, located on the roof of the studio premises supplies satellite receivers tuned to receive, material from RPH Australia, the BBC, and our own satellite feed for monitoring purposes. Precision broadcast band tuners also provide off‐air monitoring.

All program material is recorded and stored digitally, the control room also houses specialised computer servers and a high speed LAN to support our digital audio recording network and FTP services. The studio clocks and entire computer system is precision synchronized to a GPS based master clock system.

The Master Control Room also houses an audio logging system which is a requirement of the Broadcasting Services Act. It automatically digitally records all program that go to air, 24 hours a day. Logger recordings must be available for a period of 60 months in the case of the RPH services.

Two of our masts 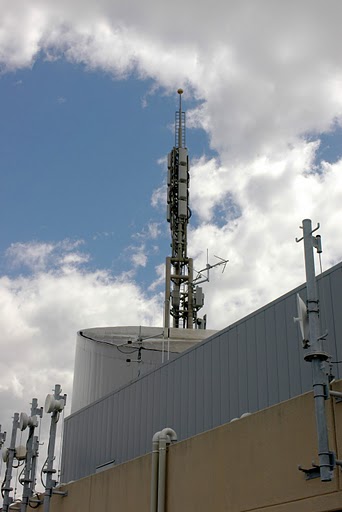 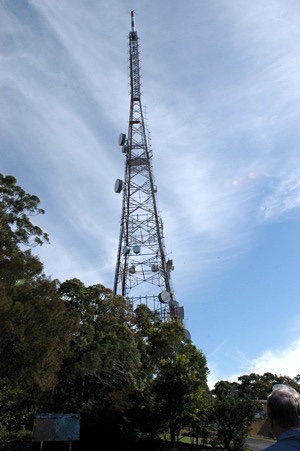 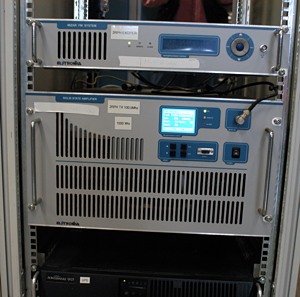 The transmitters are fed program material from our Glebe Studios by a combination SDHL digital data services (coupled with specialised broadcast audio codecs since the end of 2009) and satellite radio services in order to minimise costs and to provide redundancy. If the live program delivery to any transmitter site fails completely each transmitter site is also configured to automatically switch over to a prerecorded program. 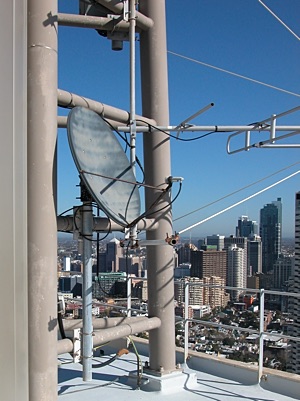 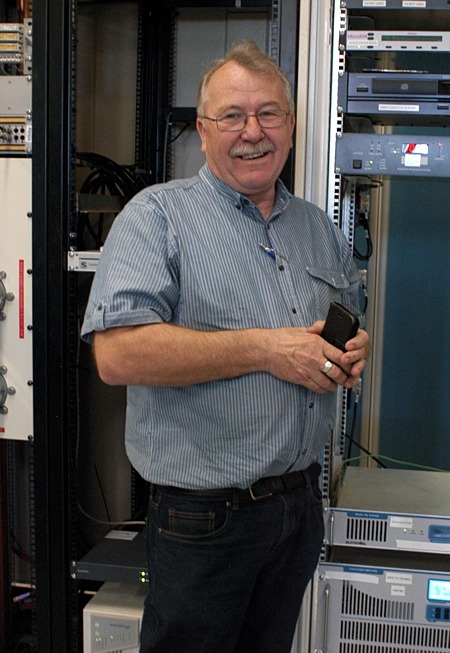