The Poet and the Professor 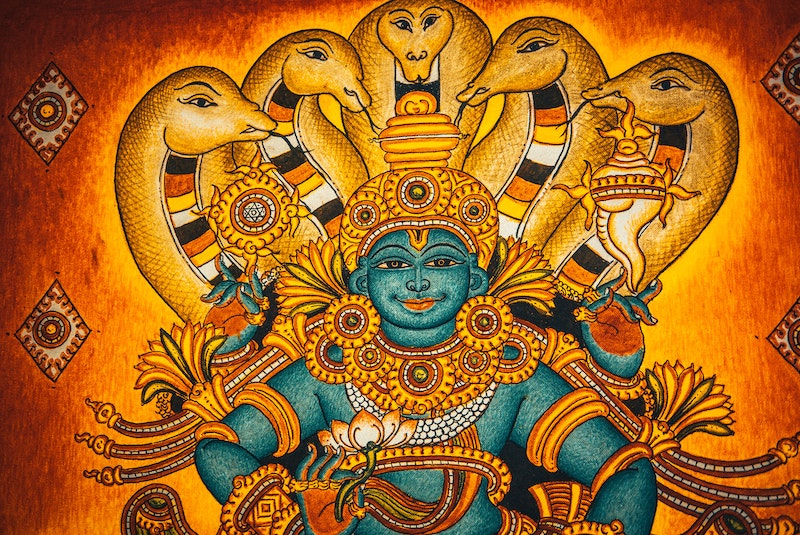 In New Voices this month we feature Swaga Mahaptra (pictured below far left), an Indian-born software developer. She plunges us into rolling chasms of poetry and crime, translating the patterns of Indian sagas into good old British detective stories.

And who better to critique such a complex offering than the eminent Australian academic and literacy luminary - Dr Bill Cope (pictured below centre left). He has a list of publications as long as my arm, has headed the Australian Office of Multicultural Affairs, and is currently a Professor at the University of Illinois teaching PhD students.

Dr Cope’s clarity about how Swaga’s Indi-English fits into a global trend is brilliant info for the word-nerds; English, he says, is now considered a ‘polyphonic’ language with slightly different dialects being practised around the world. He reminds us that some of the greatest English novelists of our times come from India (Arundati Roy, Vikram Seth, Salman Rushdie). And, he asserts, all good fiction writing is a like a detective story; it is all about deceiving the reader and messing with the readers mind…. 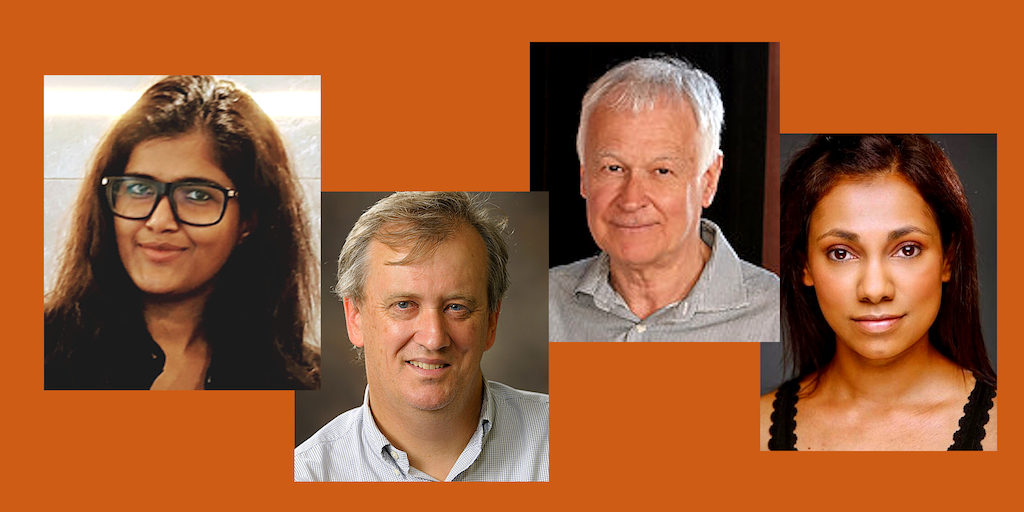 To balance out this heady academic liquor, two local pundits throw in their two rupee’s worth. Actor Caroline George (far right above), and 2RPH’s Technical Manager, Peter Worthington (centre right), are highly discerning about words just by virtue of their professions. Listen to their aural critique and land it side by side with Dr Cope’s as Swaga’s lyricism translates the tones of the Indian language into English poetry and prose.

"To be honest, until now, I never had this realization that the question, “What’s interesting about me?” would take me this long to answer. I haven’t traveled much. I haven’t tried to get rid of my fears (quite happy with not even thinking about sky diving). This list can go on and on. In my spare hours, however, I have roamed around some of my old writings. Many scrambled, the rest structured. When someone told me, “Why don’t you stop saying you want to become a writer?”, Just write! That did stay with me for a while. Words I had scrambled together one midnight 6years ago, finally became the clue for the first story I created later that week. It’s true. Sometimes, one spoon of passion is more than enough!"

His recent research has focused on the development of digital writing and assessment technologies, with the support of a number of major grants from the US Department of Education, the Bill and Melinda Gates Foundation.

Day Job: Actor, voice artist and presenter with credits from Sydney, London and Los Angeles. A

After many years living abroad Caroline has recently returned to Sydney due to the pandemic, and is thrilled to see so many more opportunities for diverse artists than ever before! She is excited for the wonderful opportunity to work with 2RPH, (Caroline is narrator for an audiobook version of Colleen Ashby's remarkable and inspiring story - I Can See Clearly Now, published by Footprints 2020.

Peter is our maestro of sound. In keeping with the ‘detective story’ theme of this episode, he refuses to provide any further information.