New Voices #19: Of madness and method... the compulsion to write

In this episode, Jesse Hawley, young scientist-turned-writer, admits he fits into the ‘mad scientist’ category.... but it wasn’t his intensive research into the eating habits of spiders and flies that drove him crazy - but the long travail of writing a novel.

Compelled, obsessed, and driven by a desire to express what ‘being a human being is all about’, he breaks every code of decency by asking strangers in cafes what they think of his writing (a good hypothesis he says, but ultimately not a good method for feedback).

His critiquer is the powerful writer Joanne Fedler, an author of 13 books and a writing mentor with a legal background in trauma, domestic abuse and human rights advocacy. Would she find much to engage her in a strange young man’s work. O yes, she did. And she found much in common with Jesse. Well could she relate to the compulsive insanity to write. Ah yes, she says, writing is a madness, but there is a method to it - and she loves Jesse’s method. Join me in this episode of New Voices to learn some subtle arts about writing, and listen in to a couple fo writers who are revelling in the craziness of trying to craft out life, and hope, and healing in words. 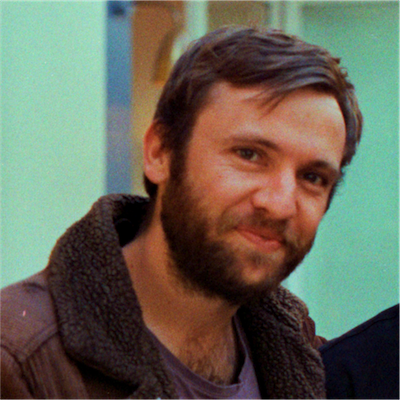 Jesse Hawley is a man of many tannins, subsisting on a diet of coffee, tea, and red wine while doing his favourite things: catching up on literature, learning about nature, and trying to combine the two in writing.

He completed a Bachelor of Science at the University of Sydney, writing and publishing an Honours thesis on the diet, lifespan, and fertility of flesh flies. Afterwards, and unrelated, he laid aside the life of a researcher for one in writing and communications, completing a certificate in Screen and Media with Petersham TAFE.

He works part-time as copywriter for a climate change communications organisation and outside that studies creative writing and neighbourhood birds. Between writing short stories, Jesse has been working on a novel for over five years about relationships, memory, and the past.

He’s a veteran in the war of attention with social media and was recently awarded the right to walk his neighbour’s dog.

He hopes to finish something soon.

On New Voices: At the time of writing, my New Voices experience is incomplete, having made ‘the call’ without ‘the response’, but from past experience, having one’s writing critiqued is not unlike having one’s personality critiqued. For one reason or another, I’m a frequent recipient of others critiques so I’m not just used to it, but perhaps a little dependent. Feedback can be raw, and you’ll be left sore, but it’s a rare and concentrated opportunity for growth for anyone looking to ascend beyond themselves. (Editors note: By the way - Jesse remained unharmed during the process, except for being thrilled ....which may or may not have caused internal injuries.)

Joanne Fedler is the international bestselling author of 13 books which have been translated into many different languages and have sold over 750 000 copies worldwide. She is a Fulbright scholar, has a Master’s degree in Law from Yale, set up and ran a legal advocacy centre to end violence against women in South Africa and has spent her life speaking up against abuse, inequality and injustice. She was selected as one of the women in 200 Women Who Will Change The Way You See The World (Chronicle Books, 2017). Unbecoming, her 13th book has just been released by Lusaris, a new literary imprint she started with Karen McDermott of Serenity Press. Her book Things Without A Name has recently been optioned for a 6 part TV series.

As a writing mentor she has taken women on writing retreats all over the world. She offers online writing courses including a seven-day online writing challenge, 7 Tricks to Writing Your Story, her life-changing The Author Awakening Adventure and Write Your First Draft Masterclass. Find out more about Joanne here: www.joannefedler.com.

She is also a passionate ocean swimmer and succulent propagator.

On New Voices: As a writing mentor, I offer feedback, not ‘critique.’ That word gives me the creeps and engages our egos, that pesky, vain creature. New Voices offers up-and-coming writers a generous space of encouragement and cheerleading, which curls up comfortably on my mentoring lap. We all need witnesses to our unfolding as authors just as every blade of grass has its angel that bends over it and whispers, ‘Grow, grow’ (as the Talmud says). I am honoured to have had the chance to be one.

This episode of New Voices will air at 5.30pm on Monday 14 December. It will be repeated on Sunday 20 December at 1.30pm. If you miss it, or previous episodes, head to the Podcasts page to catch up on previous episodes.