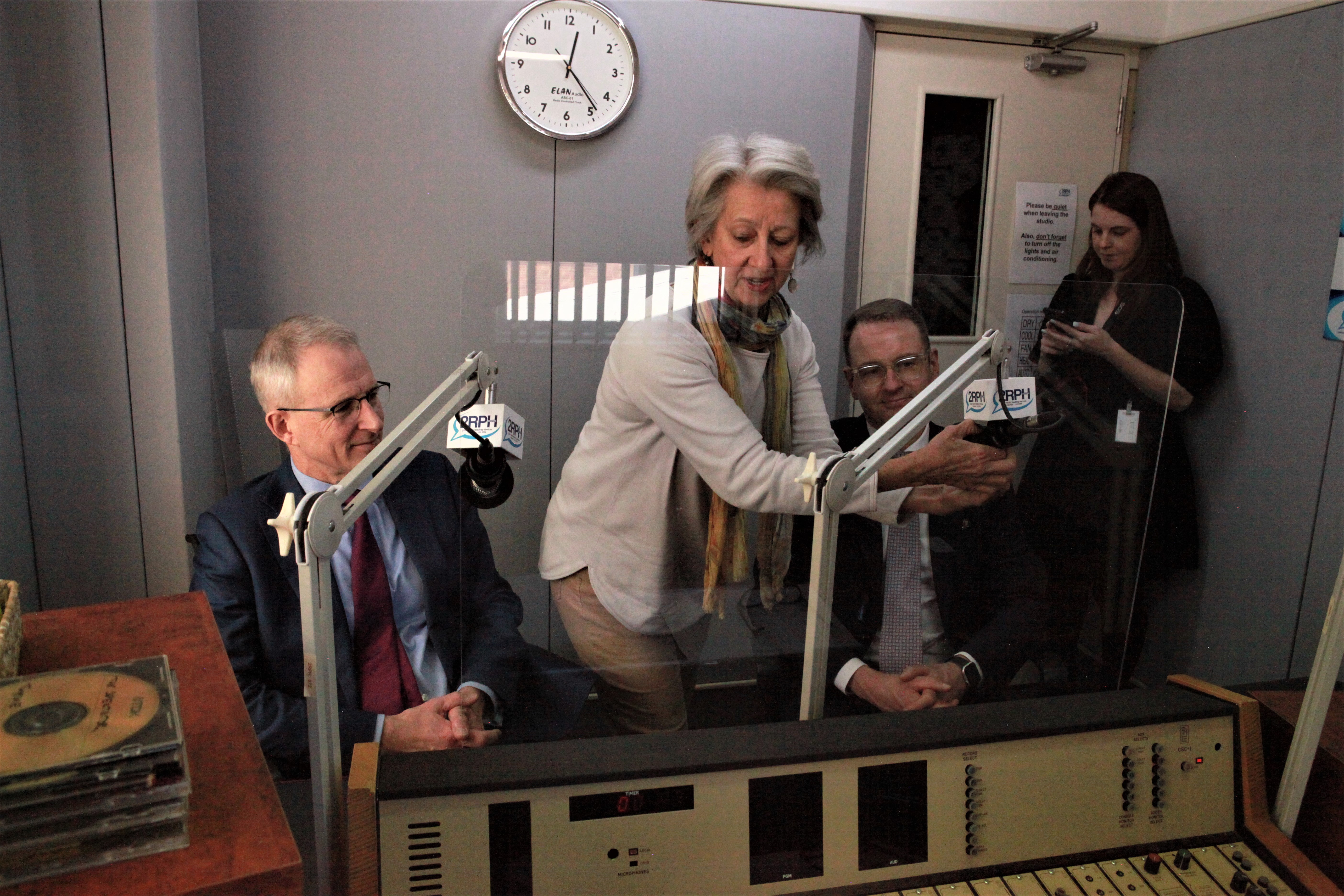 Politicians do listen!  2RPH General Manager Sancha Donald didn't waste the chance to explain the vital services provided by 2RPH today when the station played host to a visit from The Honorable Paul Fletcher, the Minister for Communications, Urban Structures, Cities and the Arts.

Research from The Australia Institute last year found the arts improved the mood of 73% of Australians during the Covid-19 pandemic. Ms Donald made a point of discussing the station's role in the lives of people who are isolated, incapacitated or stressed and time-poor as she chatted with the minister. She also mentioned the station needs a new home, and in particular one that is wheelchair accessible. Minister Fletcher took note!

After reading a short piece for announcers Peter Ryan and Wendy Twogood on The Australian program, the Minister enjoyed a tour of the station, including our new Audio Books Booth. He was accompanied by Jon Bisset, the CEO of CBAA, and Senator Andrew Bragg.  An interview with the minister by Barbara Sullivan (pictured setting up the studio, above) will broadcast Thursday 20th May at 6.15 am. 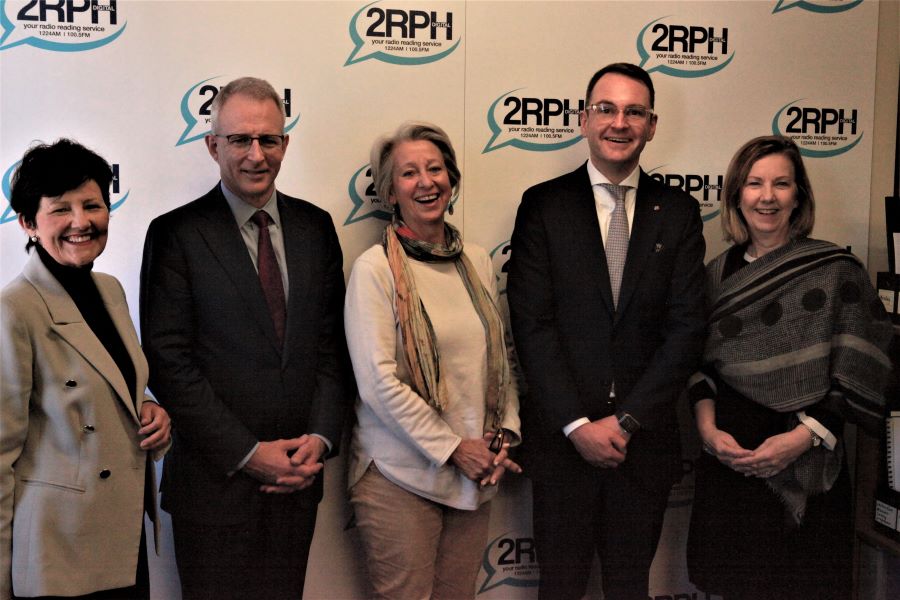