....and Roger takes Paul for an orbital journey Rocketman style.

Where else would you hear a professional sociologist singing to Australia’s most accomplished cabaret performers? As if you haven't had enough head spinning and world altering events occur around you, here is an episode which will reverse roles in an interesting way.

Of course when poet and writer Roger Patulny, (a lecturer at Wollongong University by day), pre-recorded his interview at our studios at 2RPH, he had no idea that he would be reciting his poetry, and singing his lyrics to a professional artist of trade, the highly respected Paul Capsis. Well, Roger tried to sing, it wasn’t bad actually, but he wasn’t exactly channeling Elton John. Which of course, is exactly Paul’s terrain. Paul loved Roger’s work (and politely didn’t comment on the singing), and was swept up by the artful use of words and images.

Roger Patulny takes us through three poems, each telling a story: isolation in Covid, being a single parent, and, of course, the sheer romping boy-like enthusiasm of a spaceman orbiting the earth, reciting a poem of love and longing.

Paul also muses on the time of COVID, and the artful, textured and visceral way that Roger Patulny captures the small moments that make up this big event. Certainly big for Paul, who as part of the arts and culture fraternity, was deemed a ‘non-essential’ worker by the government. What does this say about our society, he muses.

Paul Capsis relishes all three poems! But is thoroughly celebratory of Roger’s incursion into the writing world, and the small introspective vision of major publishers which excludes new and ‘grass-roots’ talent. Roger has brought a team together to create a new online literary magazine Authora Australis, which uses a blind review process for selecting works submitted for publication. That way, he says, it’s not who you know, nor what your reputation is, but the talent and appeal of your work alone that gets credit.

Now that, says Paul Capsis, is what he would like to see in the acting world.

Certainly the Ancient Greek dramatists and politicians would disagree with our government about actors. They saw a performance as having a cathartic effect on audiences, calming their nerves, acting out their anger and grief, or simply allowing them to laugh at themselves. And that is something we could all do with!

Tune in to this wonderful episode with two essential workers in the arts, who will take centre stage and on a journey into the world of words. Just don’t get too dizzy taking a ride on that spinning orbital poem. 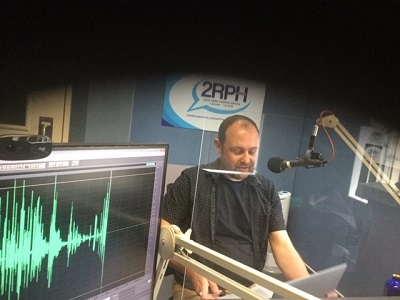 Roger Patulny is a Sydney based academic, writer and poet. He is the Chief Editor of Authora Australis literary journal, and organises the Authora Australis and Silence of the Pens writing groups. He has had fiction published in the The Suburban Review and poems in Cordite, Poets Corner InDaily, the UK arts magazine Dwell Time, The Rye Whisky Review, Indolent Books, the Mark Literary Review, and Silver Birch Press. Excerpts and links to Roger’s recent published creative works can be found here.

Authora Australis is a new outlet for Australian poetry, artwork, and creative writing. This is a volunteer run, non-profit organisation interested in promoting quality work through blind review. Submissions for Issue Two of Authora Australis have now opened. The theme for Issue Two is ‘Red’. Submissions are due by midnight AEST, October 25, 2020. You can read submission guidelines and submit your work here: https://www.authora.net/ 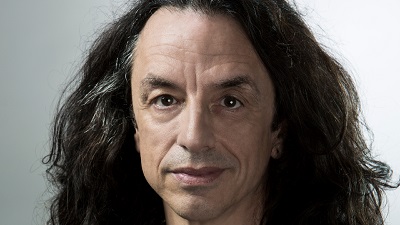 Paul Capsis is one of Australia’s most versatile performers best known for his cabaret theatre roles. His extensive career has included theatre, live concerts, cabaret, film, and television. Paul has worked with many leading Australian theatre companies (STC, MTC, Malthouse Theatre and Company B Belvoir) as well as in Vienna, Hong Kong, London, Edinburgh and New York.

Most recently he appeared in STC’s production of Terrence Rattigan’s The Deep Blue Sea. Paul’s film credits include Ana Kokkinos’ 1998 film Head On which won him the 1998 Film Critics Circle Awards for Best Supporting Actor and a nomination for an AFI Award in the same category. Paul’s other awards include the 2004 Green Room Award Best Cabaret Artiste and 2002 Helpmann Award for Best Live Musical Presentation for Capsis vs Capsis at the Sydney Opera House.