Diary of a mail order bride. Or, electro-shock therapy for cultural stereotyping. In episode #7 of New Voices, Olga Ivanova is critiqued by Lisa Creffield.

This is the first of our series of New Voices to be produced under Covid conditions. So gird your loins for the shock and horror of hearing the less than perfect broadcast quality sound you are used to. And while you are in shock-and-horror mode - stay in that gear - because you will be straining your ears to get every aural morsel of this episode.

The writer for Episode 7, Olga Ivanova (pseudonym for Olena Chambers) is the mail order bride from Ukraine who has lived in New Zealand and Australia. Olga’s marital hopes were thwarted by the clean-up of the Chernobyl disaster, and the Afghanistan war, which, combined, had decimated the young men of her generation. More than 20 years after she first financed her own trip to meet her wool-buyer fiancé in NZ, she has started to record her story and those of women in Australia who are in similar situations. But it isn’t a tale of woe, it is a tale of adventure and finding sisterhood in strange places.

Critiquing her is a business writer and video journalist Lisa Creffield, a British migrant who also married an Aussie at about the same time Olga arrived to our fair shores. Lisa is a superb writer, the mistress of syntax, I call her, an English rose type whose own excursions into creative writing leans more towards period romantic novels - which she does just for fun really despite her prodigious talent. What will she think of Olga’s Eastern European pragmatic approach to romance? Prepare yourself for that British sense of putting things in perspective that startled my own Greek-Australian, drama-laden sensibilities. In a strange twist of events, Lisa finds kinship with Olga.

Well, personally I have never had my own prejudices and prejudgment dismantled so thoroughly and methodically, brick by brick... or is that bloc by bloc.... (apologies, I folded under the temptation of a pun, or metaphor, or ...Lisa, help!). Nor become so aware of my own cultural stereotyping - it was a bit like electro-shock therapy for the psyche. 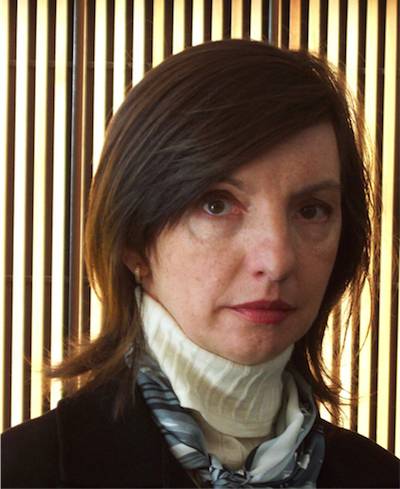 Writing: Book of stories about the experiences of foreign brides in Australia.

Bio: I was born in the USSR and raised to Leninist ideals by my father - leader of the local communist party organisation. I went to boarding school but my mother and grandma, who baptised me in secret, promised that one day I would figure it all out. I loved school and when a chance to study foreign languages came out of nowhere, I abandoned my family’s hopes of becoming a doctor and jumped on what I thought would be a career at the KGB. This was not meant to happen; I got carried away with linguistics research and became a University lecturer and a teacher at a small primary school.

With a female-dominant profession and a male drought after USSR’s involvement in Afghanistan and the Chernobyl disaster, chance threw another opportunity my way when under totally bizarre circumstances I finally got my chance to find my other half – in New Zealand! I did not know the term ‘mail order bride’ back then, let alone that I was one. Not sure if it was my lack of foresight, but in hindsight I decided to write about it and let others be the judge.

I am now proudly single and contented, and trying to make it work with my grown up son in the best place in the world – Sydney! 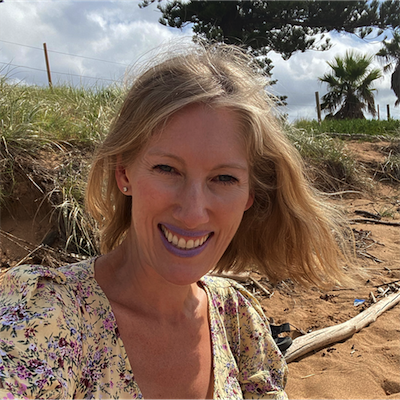 Bio: I grew up in the UK. After getting a degree in English Language and Literature and a Postgraduate Certificate in Broadcast Journalism, I worked in the UK, Australia and Middle East as a journalist, primarily in business and technology. I've always loved writing and have written a few novels over the years, mainly murder mystery, adventure and romance. These days I'm a freelance journalist, copywriter and videographer by profession, and continue to write fiction and attend writing groups and support other writers through initiatives such as Self Publishing Australia, a community hub and resources site. Like most writers I love reading, as well as urban bush-walking all over Sydney’s North Shore.

About the New Voices experience...  "It was really interesting. I hugely enjoyed hearing Olena's work and her story. It's fascinating how relevant her experience as a traditional "mail order bride" is for people today, connecting with one another via the internet and developing online relationships long before they physically meet. Memoir is also important because it opens our eyes to other lives and other experiences, both the differences and the parallels to our own situations. As a migrant from Europe there were aspects of Olena's journey that really resonated with me… and quite literally in terms of the endless airport-hopping flight she first arrived on!"