New Voices #10 - The Heralds of Change

Catcher in the Rye meets Blade Runner with Full Monty angst. Strap yourself in for episode #10 of New Voices featuring Dr Mark Braidwood and Lorretta Jessop.

If your fascination with pandemic-based global disaster stories has waned, (given we are living in one), and if the marathon series, The Walking Dead has made you a little so-over-zombies, then here is an episode which will cater for your dystopian needs beautifully.

Our next writer is a speculative fiction writer who also happens to be an Australian GP, and has dedicated years to fighting climate change in his spare time. He moved to Canada earlier this year with his young family just before COVID hit (what timing...) and while home-schooling his kids, he practices medicine in Australia via a text messaging service. He also writes.

Writing, he confesses, gives him a creative outlet and a great deal of joy, including the opportunity to wallow in a large amount of Writers’ Angst. I mean, the full Monty, no holds barred type of angst. He ponders such deep questions as:

Can creative fiction be more effective than collective action for influencing changes in the populace?

Is it really appropriate for a person with young children to indulge in such a solitary pleasure as writing represents?

Is he a good writer; has he found his writers voice?

These are big burdens to bear for a lone Aussie GP living in cold Canada enduring Covid and home-schooling, and trying to change the world. Sigh. Well, his critiquer, Lorretta Jessop and I agree about one thing - we don’t mind if he haemorrhages such great gouts of guilt and despair, so long as it gives him the impetus to write so beautifully. His style is silky smooth, with a smoky edge, has intrigue and credibility; he can conjure characters and a whole future world in a few strokes of his metaphoric pen. Before you know it, you are utterly engaged in a murder mystery with a message.

Lorretta Jessop is a young writer who delivers clever, witty, darkly sweet and edgy stories. She is writing a book inspired by the classic misfit novel, Catcher in the Rye, except the protagonist is female and the time is very presently now. Her observational eye is impeccable... and wry. She too has a mission to change the world, unsettle people and inspire them to change their habits.

Both faced great frustration in trying to influence changes in consciousness through their ‘day jobs’ - one via medicine and the other via Canberran bureaucracy. Ironically they both decided that it was through fiction that they could more effectively get people to imbibe truths.

Whereas Mark is the herald of the future wanting to provide us with signposts so we can be forewarned and forearmed, Lorretta wants things shaken up (not stirred), and she wants that pretty much now. She is the perfect person to understand Mark’s vision and zeal, but also could potentially have been Mark’s harshest critic if he fell short of his lofty aims. So, when Lorretta says, 'Mark, just keep writing', well, Mark, we suggest you just keep writing! 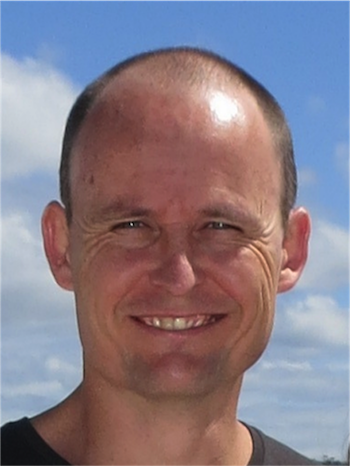 About: Mark Braidwood is a medical doctor and writes part-time. His short fiction has been published in Polar Borealis, and his first novel was shortlisted in the Fantastica science fiction prize. He has also contributed to a book about climate change and health. He is interested in how speculative fiction can access moral landscapes unavailable to other genres. When not working or spending time with his wonderful children, he is day dreaming about writing, rock climbing, cycling, swimming, traveling, diving.

About his New Voices experience: "It is always great to talk to Maria, and always fun to talk about books and fiction; long may they be a feature of human civilisation." 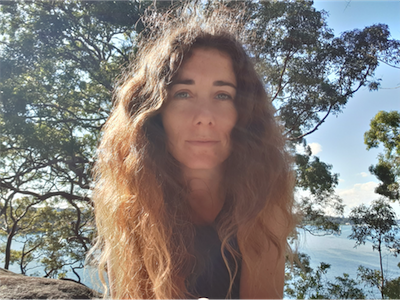 Writing: Stories to inspire people to examine themselves, and avoid complacency.

About: Lorretta is a reformed pen pusher, creative mind, compassionate optimist and covert cafe polygamist. She enjoys coming up with audacious replies (and staying in character) when asked at parties - What do you do? This is why a handful of people in Rose Bay think of her as a pearl diver. That is one of the reasons why she stays away from Rose Bay. Outside of her (actual) nine-to-five job, she enjoys pounding pavements and exploring off-the-beaten tracks for story inspiration. She is interested in narrative that explores place and belonging, especially suburban identities and themes of social justice and power relations. Putting the magnifying glass on what it is to live in Sydney, she has set herself the task of writing her first novel, Phoney. Inspired by J.D.Salinger's Catcher in the Rye, it charts the course of an alienated millennial woman in the city over several days.

On her New Voices experience: "On paper, critiquing someone by listening to a recording, is an activity that seems somewhat detached. Maria however, creates a space of connection which is warm and inviting. I am grateful for the opportunity to take part in the program and feel privileged I was able to listen and respond to Mark's work."