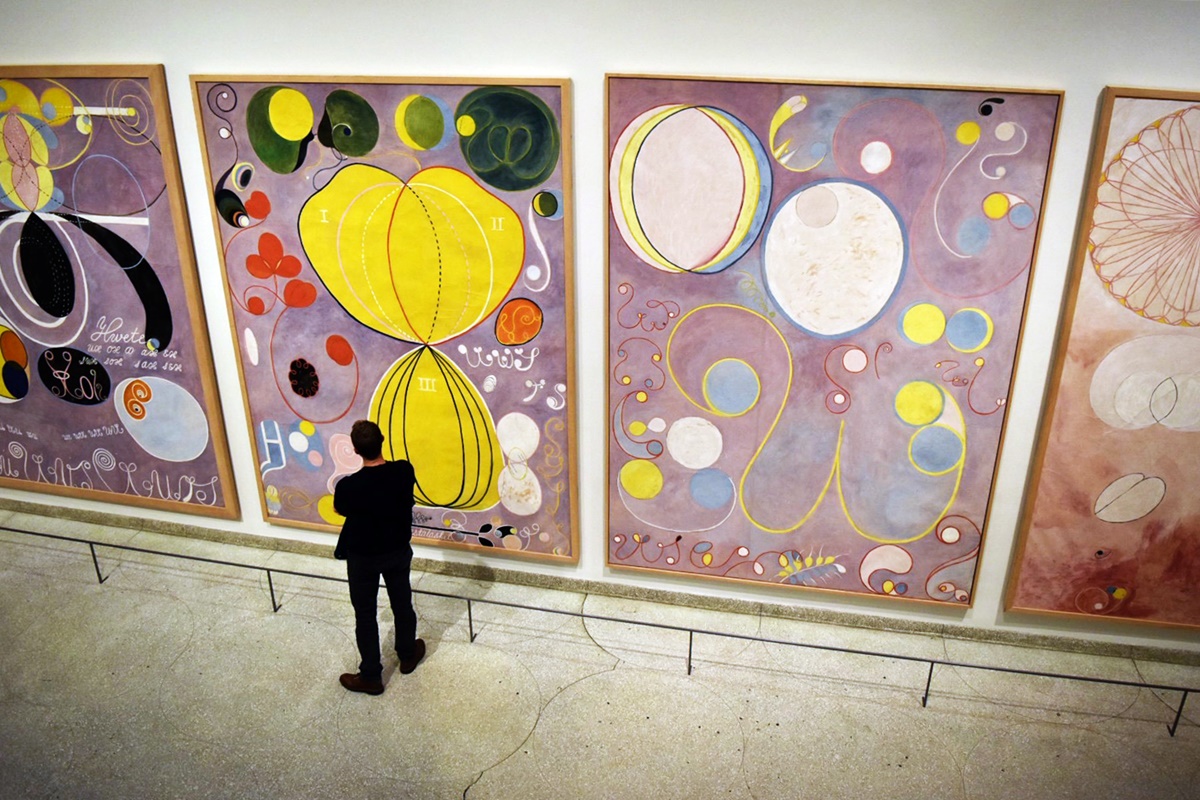 Graduating with honours in 1887 from Stockholm’s Royal Academy of Fine Arts, Hilma af Klint was recognised as a talented naturalistic painter but in 1906 chose to pursue a radically different path as an artist – one that was deeply engaged with spiritualism, with new developments in science and with the natural world. It wasn’t until 2013 that the first museum retrospective of her work was held at Stockholm’s Moderna Museet taking the international art world by storm.

The exhibition at the Art Gallery of NSW shines a light on her early botanical studies, experimental drawings made with the spiritualist group The Five, a large selection of abstract watercolours, and several of af Klint’s fascinating notebooks gives  insights into her influences and processes. Included are The Ten Largest (1907) – her celebrated series of paintings, each over 3 metres high – part of the cycle of work that she considered her most important, The Paintings for the Temple (1906–1915).

Spectrum is read to you by Natalie Shea every Tuesday at 8.30pm and is repeated on Wednesday at 1.30pm