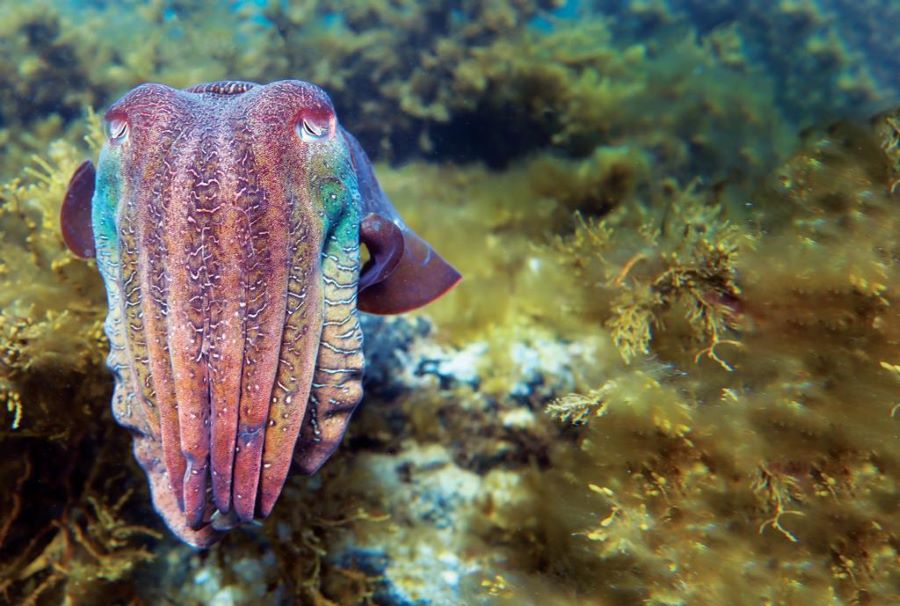 As revealed in Geographica this week, if you wear 'togs', tell a 'yarn', call someone 'sly', or refuse to 'snitch' on a friend then you are talking like a convict. We know because pickpocket, swindler and three times a convict James Hardy Vaux wrote a dictionary of convict slang, A Vocabulary of Flash Language, in 1812 which proved an immediate hit. He recently earned his own biography, Flash Jim, written by broadcaster Kel Richards.

Also in this episode, a lovely story called "Where Cuttlefish Clutter". Written by Cathy Finch it explores the annual migration of giant cuttlefish to the coast of the Eyre Peninsula, near Whyalla in South Australia, and the amazing 'show' these creatures (pictured above) turn on with their strobing rainbow colours.

Geographica is brought to you by Diane Sadler fortnightly, alternate Mondays at 9.30pm and Fridays at 2.30pm.