NOVA Employment became a studio sponsor in 2019. The disability employment service has been a supporter of the station in years gone by and 2RPH welcomed the rekindling of the relationship.

NOVA is a supported employment program that offers specialist job seeking assistance and post placement support. They find jobs in the general community, at award wage, and work exclusively with people who have a disability or significant barriers to work.

Focus on Ability is a short film festival that will encourage the community to become more aware of the ability of people with a disability. 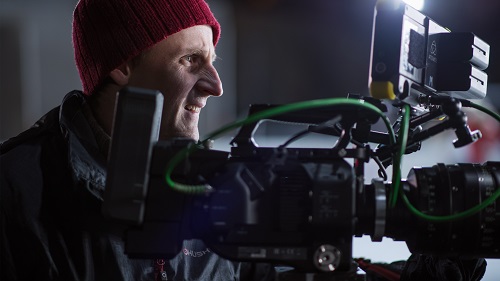 NOVA Employment will present the Focus on Ability Short Film Festival for the 12th consecutive year. This festival asks film makers to 'Focus on the Ability' of people with a disability and tell a story on film for the world to view. The 2020 festival is set to be the biggest yet, with generous sponsors donating over $160,000 worth of cash and prizes to encourage film makers and people with disability to tell their stories.

NOVA, together with Paula Duncan, known for both her success in the Australian film and television industry and passion for supporting people with disability, have worked tirelessly to bring this festival to the world. The Focus on Ability Film Festival is for people of all talent levels with many first time film makers taking out major prizes.

Previous years films have been both educational and inspirational and have been viewed in 168 countries across the world and voted on by over 900,000 people. Feedback from people who have viewed the films has shown that these entries have the power to change attitudes and challenge perceptions.

To listen to Season 1 and Season 2 of the Focus on Ability podcasts, click here.

NOVA Employment is a not for profit Australian charity that aims to achieve the employment of people who have a disability in competitive employment in the general community.

NOVA Employments free service supports the career aspirations of more than 2000 people who have a disability. In the last 29 years over 16,000 Sydney businesses having benefited from hiring NOVA clients with ability.

NOVA Employment provides on-site training and support to both the jobseeker and the employer to assist the employee to develop their skills and productivity and to settle into their new job and become an independent worker.