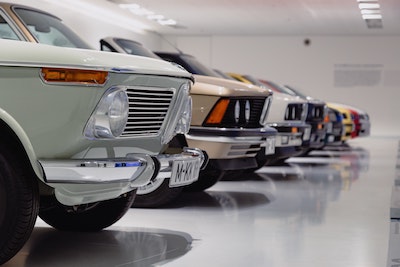 Take the toll-free expressway to stories of interest around new cars, old cars and the people who built, designed, drove, raced and made them famous, and at some times, infamous. Presented by Richard Lyon, get ready to enter the world of all things cars and motorsport.

It's training day today at 30 Laps. Presenter Richard Lyon goes for a day at the Porsche Track - a very expensive caper, so let's read about it instead of coughing up the loot to go. Sticking with speed, he sees what John Connolly says about the late great Sterling Moss. He also covers the best-selling cars in every country that was started a couple of weeks ago.

This week, presenter Richard Lyon keeps his feet firmly in the future, with a focus on two-wheels instead of the usual four. Then, off the bike, he talks to Mr McLaren about how to succeed with a supercar company in a battlefield littered with dead supercar rivals. And, to finish off, Mike Flewitt is this week's motor mouth.

This week, presenter Richard Lyon explores future trends and perhaps even protects and predicts the world that is autonomous driving! He'll also get the self-drive lowdown for 2020 in the fully automatic 30 Laps.

It's the Top 10 motorcars and a trip to Howth County Dublin in this week's 30 Laps. Presenter Richard Lyon also takes the winner to Ireland and gets the lowdown on a bit of history.

Presenter Richard Lyon shares the story of Arch Duke Ferdinand and the car that he and his wife Sophia were in when they were assassinated in Sarajevo in 1914. We also share who else got in the backseat and did not get out... Yes, New Year's Day in 1952, in a baby blue Caddy in Oak Hill, West Virginia, and a famous country singer. All will be revealed in this week's 30 Laps. With a penchant for history this week, we also look at the cars of the most notorious leaders. An episode not to be missed!

With the recent passing of Country music legend Kenny Rogers, 30 Laps is going to talk about the gambler from our islands in the stream, perhaps look at his favourite car with That Crazy Feeling, encompassing his and its history. We could never be called a coward of the county, no sir. Buckle in to our beautifully restored 57 Bel Air Soft Top and let you, me and Ruby, drive around and NOT take our love to town.

It's all about Kenny and Chevy in this week's 30 Laps with Richard Lyon.

We don't have anywhere near enough stories on 30 Laps featuring women. This week, that changes. In this episode, we meet the President and CEO of Ford Australia and New Zealand Kay Heart. We also take a look at the W Series and finish with the nine most famous 'fast females'. Join presenter Richard Lyon for what promises to be a great episode of 30 Laps!

It's the usual mixed bag, potpourri, lucky dip in this week's selection for 30 Laps. Jay Leno and his collection of cars gets a look in this week, as well as two articles, 'Wise up you analysts' and 'Going quietly into the night'. Join presenter Richard Lyon for another episode of 30 Laps.

In this week's 30 Laps, presenter Richard Lyon looks at General Motors' version of Holden and the icon's timeline. This car became a part of the Australian identity, leaving its mark on the country and being a part of some of our greatest memories. It's all Holden together this week, so we better give them the entire 30 minutes because we reckon they've earned it.

It's the Wheels Car of the Year 1973 dominating this week - the sensational Leyland P76. Despite receiving the accolade, by 1974, sales of the P76 had slumped and BMC decided to end the production of the P76. Although the P76 has been labelled a lemon in Australian motoring history, it is viewed by some as an iconic Australian car and has a loyal following. Presenter Richard Lyon also takes a look at the BMC Empire and the best-selling car in every country.

Strap yourself in and join us for another round of 30 Laps.

From Back to the Future...

Marty McFly: Wait a minute, Doc. Ah... Are you telling me that you built a time machine... out of a DeLorean?

Dr. Emmett Brown: The way I see it, if you're gonna build a time machine into a car, why not do it with some style?

Dr. Emmett Brown: You’ve got to come back with me!

Dr. Emmett Brown: Back to the future!

Dr. Emmett Brown: Then tell me "future boy", who is the president of the United States in 1985?

What does presenter Richard Lyon look at in this week's 30 Laps? You guessed it, the DeLorean.

Let's take a moment and imagine we have moved from Berlin to Indianapolis - home of the famous friend of 30 Laps, the brickyard. But, we aren't going there. Instead, we're visiting an appalling tourist attraction in Louisiana... all will be revealed in this week's episode. We also jump in a Stutz Bearcat and take it for a trip to the Whitney Plantation on the banks of the Mississippi River. Join presenter Richard Lyon for another fun-filled adventure on 30 Laps.

This week, presenter Richard Lyon investigates some tall stories in a short timeframe. He takes a look at myth and Mthstry once again, not with Edgar Allen Poe as per prior to Christmas, but with Wheels magazine, old wives tales and the PC-corrected meaning………. fibs. The truth will out at 30 Laps! He'll also share stories on those blokes in German cars, and the Martin, the Aston Martin.

To celebrate the 60th edition of 30 Laps - that's 1,800 laps in total - presenter Richard Lyon decides to head on tour. It's back to the DRG and more Berlin travels, but it's not just any old drive, it's Berlin at dusk in an Aston Martin Rapide S. If that's not enough to entice you to this episode, there is also a crazy police car to boot. And, it's still madness here for the iconic Interceptor from Mad Max.

It's twice round the rubber room at 30 Laps.

It's the world stage this week on 30 Laps. Presenter Richard Lyon explores the modes of transport of world leaders, old and new, as well as the late HRH Princess Margaret’s bespoke 1980 Roller goes up for grabs -  that’s a good little story. The Mitsubishi Stink from last week is still lingering so that's on the agenda again.

Plus, dust from the brickyard if time does not beat us up, only at 30 Laps.

Crikey, what is going on at Nissan? Arrest, detention, raids, accusations, bullet trains, ex Green Berets, Lebanese Directors, stowaways in a music case, fleas in the night, err that should be he flees in the night, no insecticide needed here at 30 Laps this week. Join presenter Richard Lyon as he covers the Mitsubishi emissions stink. One not to be missed.

30 Laps this week is a bit of the macabre. Presenter Richard Lyon takes a look at a couple of vehicles that were connected to a previous program on December 21 about JFK and the Lincoln Continental. That's where the occupants got into the backseat and did not get out alive. One that had serious, deadly, heartbreaking consequences and its echoes were felt around the world.

The actions of one man who could be one of the most pivotal people of the 20th century; someone who changed the course of history; one of the most talked about men in modern history that you may have never heard oF, and the other, someone who was just plain sad, robbing us of one of the great music makers of the day.

The first car had a career of bad luck and death followed it. And the second... didn’t. It's all here and there on 30 Laps this week.

Look in the cupboards, under the bed, behind the sofa, that space that just seems to mount up with clothes or towels, or old wine coolers and garden shoes - look everywhere. Find those toys you never threw out or you never got rid of after the kids moved out. Why? Because they could be worth a fortune. Presenter Richard Lyon takes a look at mini car collections, friendly car jargon, and the lowdown on high purchase and lease terms we all struggle with are front and centre on this week's 30 Laps. 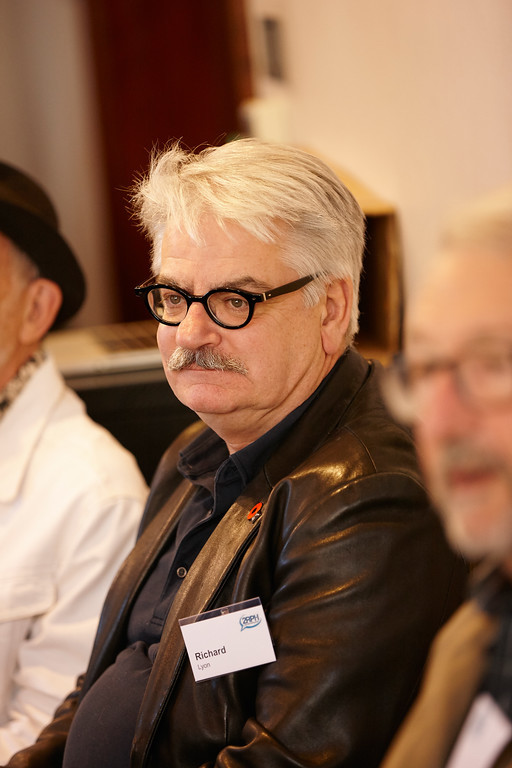 Richard Lyon is the presenter of 30 Laps with Dick, which airs every Saturday night at 7.30pm.

How long have you been presenting the show?

February 2019, I wanted to help out with a new program, Peter said we needed a new motoring show, and the driver’s seat seemed a good fit.

What can listeners expect to hear each episode?

What do you enjoy about producing this program?

Research; finding new avenues of interesting stories; and, talking about the great characters of motoring and motorsport since the car was first taken seriously.

What is one of the most memorable articles you remember reading?

The story of the young man who drove Hank Williams on his last trip to a New Year’s Day show in the USA.

What do you think you have learnt in your time producing and presenting this program?

Timing, ha, and voice modulation! And, that I really enjoy producing and recording it each week.