A collection of one-off event programs, special interviews and information on 2RPH!

2RPH welcomed the new Governor of NSW Her Excellency the Honourable Margaret Beazley AO QC on October 30 2019 for her first visit to the station.The Governor and her husband Mr Dennis Wilson are Joint Vice Regal Patrons to 2RPH. Mr Wilson was unable to attend. In her interview with volunteer presenter Elaine Wziontek, the Governor talks about her career as a lawyer and the role of Governor of NSW.

Governor of NSW on volunteers

2RPH welcomed the Governor of NSW His Excellency General The Honourable David Hurley AC DSC (Ret'd), Governor of New South Wales and Mrs Linda Hurley to tour the station, meet some of the longest serving volunteers, and to have a go at reading in The Australian and The Newcastle Herald.

Mrs Linda Hurley, wife of the Governor of NSW, is today's special guest on Ablequest. She talks about the benefits of singing and how everyone should sing, not just those with talent.

Governor-General on the spoken word

On 3rd of February 2017, 2RPH welcomed Their Excellencies Governor-General Sir Peter Cosgrove and Lady Cosgrove to the station. Hear long-time volunteer Peter Ryan interview Sir Peter Cosgrove on the importance of the spoken word, among many things.

Paralympic gold medallist and world champion Lindy Hou talks about losing her sight to a degenerative eye condition and how she continued to work towards realising a childhood dream.

Australian journalist and author Leigh Sales talks about her first experience with community radio in her university days and on her love for reading.

After the unveiling of the Federal Budget, Adrian Basso, President of the Community Broadcasting Association of Australia (CBAA), speaks out against the shortfall in funding for community radio.

In 2013, 2RPH celebrated 30 years of being on the airwaves. Radio hosts Jonathan Coleman (Jono) and Ian Rogerson (Dano), of The Jono and Dano Show, helped the station celebrate with a series of interviews with special guests and this interview with former General Manager Nicci Lindemann.

At 11am on 11 November 1918 the guns of the Western Front fell silent after more than four years of continuous warfare. Thereafter, the 11th hour of the 11th day of the 11th month attained a special significance. Listen in as 2RPH observes one minute's silence to honour this day. The special program that follows includes readings of Australian war poetry.

Introduction and countdown to midnight fireworks

Other programs broadcast on the night may also be of interest:

Emma Bedford and Will McRostie (the night's Narrators) talk about their respective pasts in Audio Describing.

Introduction and countdown to midnight fireworks

The start of 2RPH

Volunteering - Now and Then

Join three of 2RPH's longest-serving volunteers and infamous voices Liz Claridge, Jeanette Ward and Peter Bonsall-Boone as they share their memories of volunteering with 2RPH back when it started in 1983. Liz and Peter have since passed away. 2RPH will always remember their contributions and voices.

Learn all about 2RPH - why it exists, who tunes in, where you can hear us, and the programs you can expect to hear!

A history of 2RPH

Our beloved Sydney radio reading service was born on 23 October 1977 when a public meeting was held at Paddington Town Hall. Professor Neil Runcie was elected Chairman. Hear more about the origins of 2RPH by clicking below.

What can you expect to hear on 2RPH

If you have found your way to 2RPH on your radio, computer or phone, listen to this comprehensive overview of what you can expect to hear on the radio reading service. 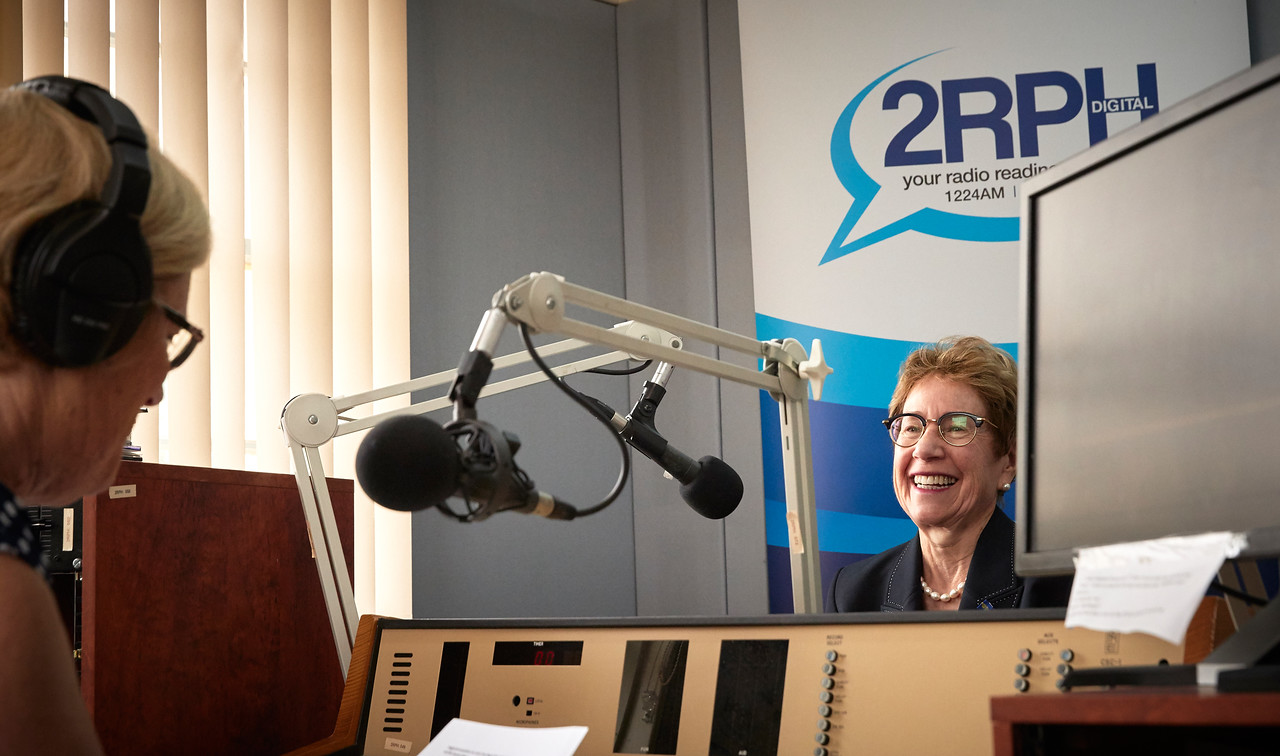 Her Excellency the Honourable Margaret Beazley AO QC Governor of NSW in her interview with 2RPH presenter Elaine Wziontek. 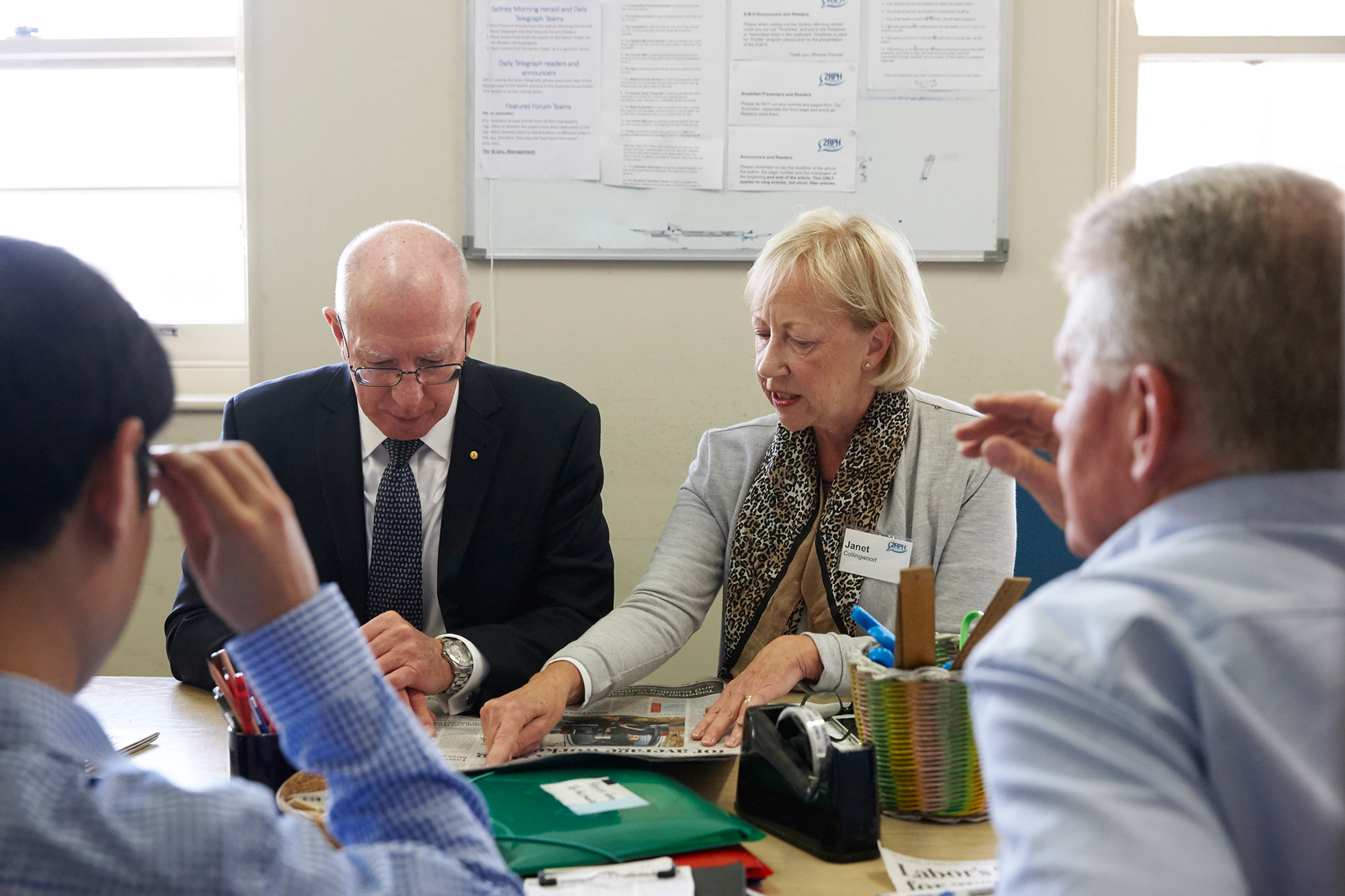